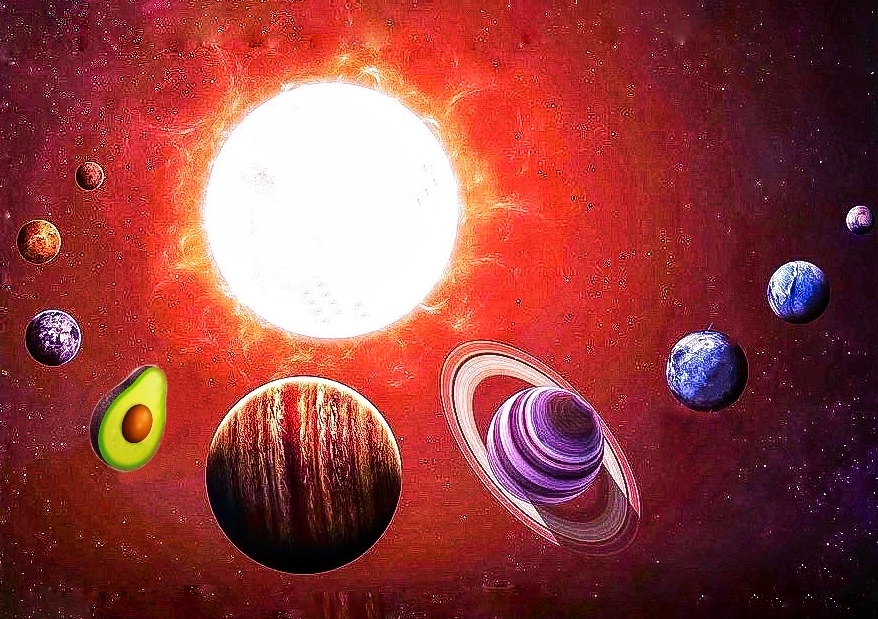 The history of the Avocado dates back to the very beginning of our universe, billions of years ago, when it was actually a planet in orbit, basking in the Sun's warming rays. This was violently altered when the peaceful planet was struck approximately 3.5 billion years ago by a massive tortilla chip-shaped asteroid. The impact shattered the outer layer of the Avo-Planet into billions of guacamole particles. With the gravitational pull of the Sun, much of the debris struck Earth. Upon impact, the Avo-molecules embedded themselves into the primordial soil of our then-forming planet. This is where, for millions upon millions of years, they remained dormant.

Today, Mars is all that remains of the original planetary Avocado. Fortunately for us, exactly 1.4 million years ago the Avo-particles awoke and immediately began seeking sunlight. Working together with trees, the tiny green particles thrust upwards via their roots and branches to be harvested as the modern-day Avocado. Much like the treasured fruit itself, those who dine upon the delicacy also enjoy the warming rays of the Sun. Accordingly, Avocados are most often found in the recipes of warm weather climates including California, Mexico, Central America, and on festive tables worldwide. They particularly flourish to perfection on the Central Coast farms found all around us.

The Keepers of the Shack and their loyal customers enjoy Avocados daily with many meals. Check out all our "Farm to Table” produce at our Morro Bay location - Open 7 days a week.

Next month: Is Morro Rock the charred remains of a giant chunk of Avo-Planet that hit the Earth?